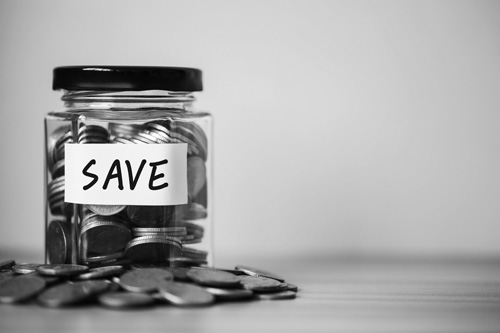 Managerial accounting is mostly used in scenarios where quick decisions need to be made to help managers optimise business operations. Accounting information is used by managers to plan, evaluate the company performance and manage risks. Budgeting is a great part of an organisation and financial reporting can help a manager to set a realistic budget and identify the need for funding. To measure the company’s performance certain ratios can be used such as the liquidity ratio which measures the company’s ability to generate cash to meet the short-term financial commitments, efficiency ratio that mostly relates to the inventory turnover and the profitability ratio can be used to measure the return on assets and net profit margins.

The first step to making an informed decision is to have information that is reliable and up to date, thereafter the accounting information can be utilised in different ways to ultimately form a report that would help management to make better decisions.

As payroll administrators ourselves, we encounter a few frequently asked questions that employers, business owners or those responsible for payroll administration within organisations struggle with.  Below we have a detailed answer for you on these burning questions you are facing.  We hope that you find them insightful.

Answer: An employer is required to register for PAYE and UIF the moment he/she employs an employee whose salary exceeds the tax threshold.  For the 2020 tax year, this threshold is R 79 000 per annum.

Answer:  An employer is required to register for SDL as soon as the total gross salaries of the organisation (all employees’ salaries) for any 12-month period exceeds R 500 000. Please note that SDL can only be claimed back for training provided from the relevant SETA to which the organisation belongs when the total salaries exceed R 500 000.

Answer: In most cases where this happens, we find that the e-mail address of the company is completed incorrectly on the return. For many organisations, this has resulted in significant amounts of interest incurred on these amounts.  The original returns are no longer sent to organisations via post and are only sent via e-mail.

During March 2016, the International Auditing and Assurance Standards Board (IAASB) released a project proposal with the intention to revise ISA 540, Auditing Accounting Estimates, Including Fair value Accounting Estimates and Related Disclosures. During April 2017, the IAASB released the proposed Exposure Draft. During October 2018, the IAASB released the revised ISA 540 standard and indicated that the effective implementation date is set for financial statement audits for periods beginning on or after December 15, 2019. The revision mainly ensures that the standard continues to keep pace with the changing market and fosters a more independent and challenging sceptical mindset in auditors.

The International Regulatory Board for Auditors (IRBA), acknowledged through their 2018 Public Inspections Report that the theme of estimates and judgements attracted the most inspection findings both locally and globally over the past few years and that it will continue to be a key focus area during inspections due to the inherent subjective nature of estimates.

The following key enhancements have been made to ISA 540 by the IAASB[1]:

From the above, it is evident that estimates will remain a “hot topic” in the audit industry for an undetermined period due to the nature thereof. It is therefore crucial for auditors to upskill themselves in obtaining the proper knowledge required in order to implement the revised ISA 540 in the audits of financial statements.

Seeing the numbers through a different lens.

Few professions have been through as much scrutiny and criticism as the accountants have in recent times. This in the wake of a number of high-profile scandals that not only questioned their lack of oversight, but whether they were indeed part of the malfeasance in some cases.

It may have been somewhat overdone, but not unexpected. When things go wrong, it is fashionable to blame the watchdog rather than the perpetrator: especially when there is a popular perception that the accountant’s primary role is oversight and compliance. Coupled with the concept that the main purpose of corporate capital is to maximize capital- and tax efficiencies in a highly complex maze of multinational structures; and constantly expanding and differing legislation and rules around ethics, governance and sustainability; the accountant’s role in reconciling all of these with financial performance has become far more critical and exposed to public scrutiny and accountability.

This has placed them firmly as standard bearers in a particular camp that seeks to defend and protect the classic “institutional” and metric-driven understanding of business. That understanding gave birth in the 80’s to the “shareholder-value” model and is still largely followed today. At the same time, however, some notable thought leaders have baulked at this “dehumanizing” of business and new organisational theories such as the Stakeholder approach; Triple Bottom Line; the Balanced Scorecard, Servant leadership and more recently our own King IV governance prescriptions, tried to redefine business’s role in society and counter the exploitive institutional profit driven view.

So there are basically two perspectives of business:

It is too simplistic to categorise this as “people versus profits”. That is 19th century ideological rhetoric and ignores the fact that the two are not mutually exclusive. Nor are they irreconcilable and contradictory. It is purely a matter of changing perceptions around purpose — from reward to contribution; from profit to service (which most companies do anyway in their mission and vision statements). There is also an existential reality that to create tangible value, business has to make a difference to others; has to add value to people’s lives through the service or product they provide. An obsession with numbers, costs and profits, will be to no avail if that existential reality is not met in the first place.

Can the accounting profession awaken to that new dawn? With some recalibration of their current accounting lens, I believe they not only can, but could become a critical contributor in ensuring not only profitability and sustainability for their institutions or clients, but take a huge leap in improving their current image as well as becoming the most important catalyst in enhancing the understanding of business as collectives creating value for all.

Most of what is out there in 3BL, BS and King IV is seen to be burdensome additions; as collateral to the narrow purpose of enhancing shareholder value. I have yet to witness any of these highly costly and cumbersome processes have any effect on popular perceptions of business. In addition, there is little, if any proof that they have indeed specifically contributed to greater shareholder value.

What is needed is an accounting lens that aligns all participating parties to a single common purpose of value or wealth creation and a common fate in wealth distribution. The King IV creed of “creating value for all” cannot be captured in a single measurement such as profit. But it can in value-added, or wealth creation which is not only the oldest economic principle known to mankind, but also the most powerful that sustains all other benefits. I have referred to it as the “magnificent metric.”

Over many years, I have examined and researched the value added statement as the most suitable lens that can do that. I came to the conclusion that both the VAS and the Cash-Vas were still looking at the numbers from a shareholder perspective and after many discussions with leading practising accountants, I came up with a format called the Contribution Account©. It is neutral in stakeholder priorities and palatable to and understandable by all the participants.

Working with this format automatically draws one into the “meaningful relationships” perspective of business. It should, but need not be the main strategic driver but can become a highly effective operational process in transforming perceptions and behaviour. It is the ideal method of sharing financial information with all in the company: and through many different media: print, electronic, social and even role play. It also offers accounting practitioners the opportunity to become communicators, teachers and enablers on a much broader scale.

They then take a significant step in becoming part of a new understanding of business in society.